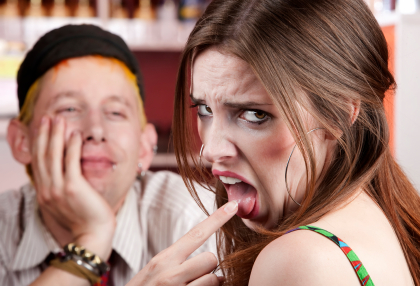 However, there are still some who hesitate to join a dating site.

They may be the perfect candidate to join.

They are single and ready to meet that special someone.

They have heard people talking about online dating.

They are curious and yet they just stop themselves short of joining a dating site.

There are some reasons why.

Anxiety To Meet Someone Unknown

People get very comfortable in their social circles and tend to want to stay there.

They like staying inside that circle of familiar faces.

The prospect of joining a dating site means that they put themselves in a position where they will have to meet a stranger in order to get what they want out of the dating site.

That prospect can be very daunting.

There are several stories about how people have gotten scammed online and they have heard about them.

This makes it even more difficult for them to join a dating site. They don’t want to be another number, another victim.

It can be very difficult to put oneself in the position where you don’t quite know who is being honest on a dating site and who isn’t.

The thought of paying to join a dating site can be a daunting.

They are not willing to part of their hard-earned money for what they consider to be a huge gamble.

They don’t feel confident that this would be a worthy investment.

What Will People Think?

They wonder how they would explain to family and friends that they met this person on a dating site.

They may feel embarrassed to some degree as though they were some social derelict.

That thought alone could be enough to discourage them from joining any dating site no matter how appealing it looks.