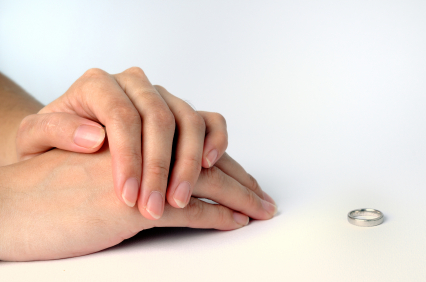 He may or he may not be.

If you met him on an online dating site and he has given you the impression that he is getting a divorce, you need to be as clear about this as possible.

You shouldn’t put yourself in a situation where you end up falling for a guy who ultimately doesn’t get a divorce.

This can be a common occurrence in online dating.

There are men who are not always honest about their likelihood of getting a divorce.

On other occasions, they may be intent on getting a divorce but there are so many complications that they wind up giving up on it altogether.

Unfortunately, you end up being the one who truly loses in all this.

This is why it is important that you are as clear as possible about whether this guy that you have met on an online dating site is really getting a divorce.

One of the most effective ways to determine this is to ask him to see the actual divorce papers.

Do not be afraid to be this forward.

After all, this is your time, effort and heart that we are talking about here.

Those are incredibly precious.

You shouldn’t give them away to anyone, simply because they have told you that they are getting a divorce.

If this is someone that you can see yourself spending a lot of time and effort on, you should make sure that you don’t waste it on someone who ultimately was never truly serious about getting a divorce.

If he is serious about you, he will understand your position.

Again, it is a very reasonable request.

If the both of you are to pursue something serious, you have to have some irrefutable proof that he is being honest about getting a divorce.

Asking for the divorce papers is the most rock solid evidence that you will need to determine whether he is being honest with you.

Something else that can help you in figuring out whether he is truly sincere in getting a divorce is in how he interacts with you.

Pay attention to what he says.

If he is constantly talking about his wife and the bad stuff that she has done to him, this is not a good sign.

Oftentimes, when a guy is constantly focused on how they have been done wrong in a marriage, it means that he is still emotionally attached to that spouse.

Again, it doesn’t matter if he is only talking about how bad she was for him and how much he is happier being with you.

As long as he keeps bringing up his wife in conversation, there is a good chance that he is not over her.

He may be simply using you to help him cope with all of the emotional baggage that he is experiencing as a result of this separation.

You should really take it as a major red flag when a guy keeps talking about his wife to you.

Even if he has told you that he just can’t wait to divorce her, he is most likely being dishonest about how he feels about her.

Someone who is able to keep another person this riled up is someone that still has major influence over the person.

This means that this divorce may not happen.