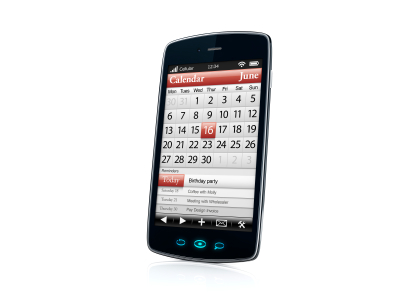 Communicate every other day.

Try not to be too overbearing with this person especially being that you have only had one date with them.

People often make the mistake of either communicating too much between the first and second date, too little or not at all.

Meeting someone in real life from an online dating site can be both a thrilling, yet nerve-wracking experience.

If you feel that you had a successful first date, it is a good idea to keep up the communication in-between the first and second date.

However, again, try not to overdo it.

If you keep communication to every other day, it will allow the both of you to avoid overdoing things before that second date has arrived.

If there is too much communication between the first and second date, the both of you may actually run out of what to talk about on the second date.

Being that this is someone that you met on an online dating site and you are still getting to know, it is important not to run out of things to talk about so early on in your interaction.

Now, it is still important that you go with the natural flow of this interaction.

In other words, you shouldn’t keep yourself to only communicating every other day with this person if this other person is demonstrating a willingness to communicate more frequently.

In other words, if they are reaching out to you as well, you should ensure that you take those calls and reply to those text messages.

There is a good chance that this person will also be unsure about the best way to communicate between first and second dates.

Hence, they may message you somewhat sporadically during this time.

Again, you should take those calls and reply to those text messages. However, try not to allow your interaction with the person to last for too long.

In other words, try to avoid talking for hours with the person or text messaging the person all through the day.

If your interaction with this person progresses, there will be a time when this kind of elongated or constant communication will work, but for now, it is best to keep those interactions relatively short.

Again, you should save some of that excitement and intrigue that the both of you are feeling for each other for the upcoming second date.

If you expend all of it between the first and second date, the both of you may show up at that second date relatively exasperated and conversation may be hard.

Being that the both of you met on an online dating site, there is a good chance that this person may be simultaneously talking to other people of romantic interest.

Hence, it is important that you don’t lay all of your dating or relationship hopes on this one person.

In other words, you should also make sure that you have other people that you are talking to of whom you intend to have dates with.

This allows you to avoid being too overzealous with this one person because of how well the first date went.

As the both of you go on consequent dates and continue to connect, the amount of communication and level of intensity between you will naturally increase.