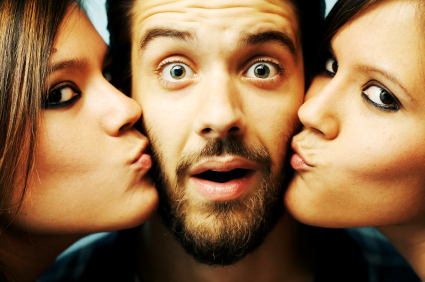 Though it may feel as though you are the only person that these players approach on dating sites, you aren’t.

Indeed, you may be one of many.

It may feel as though they are zoning you out.

However, it is likely that they are approaching multiple girls on the dating site.

You just happen to be one of them.

If you have continuously noticed a trend of this happening, it may be time for you to rewrite your dating profile.

You may not be using a dating profile that entices other types of men to approach you on dating sites.

Take a look at what you have written.

It may be too facetious.

In other words, you may not be going into much detail in your description about yourself.

You may need to become more descriptive.

Show your personality a lot more in what you write.

Tell short stories about some of your experiences.

In essence, you may need to go a lot deeper than merely telling people that you are fun and that you are looking for a partner.

Think about what people in your life tend to tell you about your personality.

Perhaps you have friends and family members who often tell you that you are funny.

Instead of merely writing that you are funny on your dating profile or that you have a sense of humor, write a short story about something funny that you have experienced or tell a joke.

In other words, instead of merely saying that you have a particular characteristic, show that characteristic through being more descriptive.

If you take the time to be more descriptive in what you write on your dating profile, it will give other men a much better insight into who you are as a person.

This is what could totally change your luck when it comes to attracting the right kind of men on dating sites.

The right kind of men who aren’t players often need something that makes them feel connected to the woman.

When they read her dating profile, they are hoping to find that connection.

That connection often happens when the woman takes the time to be more descriptive in how she goes about describing herself.

Instead of merely listing her qualities, she takes the time to get into more detail by telling short stories.

This is how you are able to draw these men further into your dating profile and allow them to actually start relating to you.

You should also have this attitude with the photos that you use.

Instead of posting superficial photos that merely show you posing in different locations, post photos that actually tell a story of who you are.

Show yourself in environments that mean something to you where you are engaged in activities that you love.

This is also how the right kind of men will feel a stronger connection with you.

Players are often attracted to women who don’t put in that much effort into their dating profile.

If you have a nondescriptive dating profile with superficial photos, you will be a prime target for players.

By putting in more effort and substance into your dating profile, you will reduce the number of times that you get approached by players on a dating site.

Instead, you will increase the likelihood of getting approached by the right kind of men.