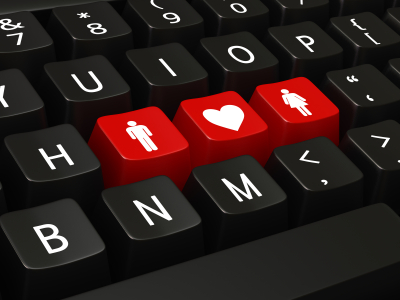 Technology has landed a man on the moon, harnessed the power of electricity, put hundreds of our favorite songs in a small device called iPods, given us cell phones and brought the prospect of meeting a complete stranger right at our fingertips through the use of dating sites.

Perhaps technology has moved too fast.

Perhaps the mere thought of meeting strangers online is a little too much for you to handle.

Here are a few reasons why people hesitate to use online dating sites.

Anxiety Of Meeting A Stranger

Do you remember when you were a kid and your parents told you not to talk to strangers?

Well, you are all grown up now and comfortable in your social circle. You are surrounded by people with similar interests and values, many of whom you have known for years.

The thought of trying online dating and exposing yourself to the prospect of meeting someone outside that circle makes you a little uncomfortable.

Okay, you have heard the stories, probably read an article or seen something on the news about scammers online.

You know, the insipid individuals out there lurking within the massive confines of cyberspace, just waiting to nab some of your personal information or steal your identity.

It doesn’t take long before these stories morph into urban legends.

You have been told that dating online is way too expensive.

Hence, you ask yourself why you should spend a good chunk of your hard earned money on a dating site filled with people you don’t know?

What’s the benefit to you?

Instead, you stick with what you know.

You spend that hard earned money alongside your fellow single friends in another bar on another Saturday night.

Like clockwork, you groan in despair as yet another drunken male or female attempts to start a conversation with you while slurring every second word.

Fear Of What Your Friends And Family Will Think

Remember how your parents taught you never to talk to strangers when you were a child?

Remember the wonderful social circle of friends that you have built over the years and how valued their opinion is to you?

Perhaps you are anxious of what the family and friends would think if you started online dating.

However, in the back of your mind, you are dreading another horrific blind date that they will inevitably set you up on.

You are still perplexed at how people so close to you can be so clueless as to the type of person you are looking for.

Fear Of The Unknown

It is human nature to have some fear of the unknown.

Trying online dating for the first time may seem to be too much of a leap.

Taking a tour of a ghost house on Halloween is about as far into the “unknown” that you may be willing to go.

If you plan on being single indefinitely, by all means, hold on to these views. However, you could be missing out on something very special.

In a study conducted by The University of Bath, a prestigious research institution located in Bath, United Kingdom, it was discovered that people who met online had a 94 percent chance of going on a second date than those who met through other means.

There is a reason why so many people are using them.