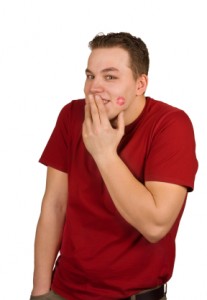 Being part of an online dating community is a fantastic step in the right direction to help you find what you are in search of.

In the real world, men are typically expected to make the first move and initiate contact when it comes to the courtship process.

In the cyberspace world, this expectation is the norm as well, in a general sense.

However, does this mean that there is anything wrong when you as a woman initiate contact on a dating site?

Have you ruined your chances of ever meeting this man of interest if you do?

Let’s examine how men truly feel when a woman initiates the first contact on an internet dating site.

There is some faulty reasoning out there that supports the myth that men hate receiving first contact from women.

This couldn’t be further from the truth.

Since men are accustomed to having to initiate the first move in the real world, you will be taking him by surprise if you turned this expectation in on its head.

He will be very flattered and feel terrific.

There is also another bit of misinformation floating out there that conveys the message that men become annoyed when a woman initiates contact on internet dating websites.

This misinformation implies that men feel that they are the “hunters” and hence are angry when a woman takes that “hunter” role away from them by initiating contact on the internet dating site.

This couldn’t be further from the truth.

Yes, some men do enjoy the thrill of the hunt but just because you initiated contact instead of the other way around doesn’t mean that they lose this thrill.

They will start working hard to assure you that your attempt was not done in vain by giving you their full attention.

Out of so many options, you chose to send “him” a message on the internet dating site.

This will make him feel special.

He will now be focused on you.

You will stand out to him because, in essence, you chose him.

He will give you more priority over the rest.

By initiating contact, you did something that most women on the dating site won’t do.

As a result, he will invest a lot of his energy on you.

This is ideal for you.

You want him to be investing his time and effort on you.

Therefore, if you are unsure of whether to initiate contact with a man of interest on an internet dating site, understand that there is no harm done by doing so.

You haven’t somehow “ruined” your chances of meeting him because you broke some golden rule.

On the contrary, you have put yourself in the best position for achieving success in internet dating.

You don’t have to do anything incredibly substantial.

You would be surprised at just how far initiating a simple wink, icebreaker, flirt or interest signal will get you.