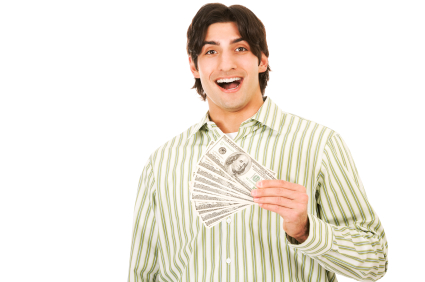 People of every social demographic and class are using internet dating sites to find companionship.

The majority of these users are indeed honest when they fill out their personal information on dating websites.

However, there is a small percentage of men that tell what they may consider to be little white lies in their dating profiles.

These are the top 3.

There is no doubt that society tends to place a lot of emphasis on the beauty of youth.

Being younger is generally sold as being more attractive even though this may not necessarily be true.

For this reason, it can be quite tempting to shave off a few years from his age when filling out his online dating profile.

The reasoning behind this always goes back to beauty and vitality.

Through images that we see through publications such as television, magazines, sports, etc., the best qualities tend to be associated with youth.

These images aside, he may also want to return to the energy of his youth. To him, that was a time of endless possibilities and excitement.

In taking a few years off his age on his internet dating profile, he believes that he can do two things.

Be more attractive to the opposite sex and reclaim some of that youthful energy.

Being honest about height is an issue with some men who use internet dating sites.

A lot of this can be traced to what society as a whole sells as the “ideal,” even though this “ideal” may not be true at all.

Taller men tend to be identified as confident, successful and masculine.

Of course, there are also a good number of women on dating sites that request for men who are 5’11 and up in their match preferences.

All this makes him feel a level of pressure.

As a result, he decides to add an inch or two to his height so that he can fulfill both requirements; that of society in general and that of women.

Those who make a good living or have a lot of money tend to be seen in a very positive light in society.

Their income level raises them to a position of respect and acknowledgment.

In society, a person’s income level tends to be directly associated with how successful they are.

By society’s standards, the more successful he appears, the more attractive he is to others.

It is for this reason that he adds a few more figures to how much he truly makes in his online dating profile.

By doing this, he believes that he will appear to be more successful than he really is and hence, be able to attract more female attention.

The truth is, these white lies may help him in the short run but never in the long run.

The beauty about internet dating sites is that people meet through cyberspace but will ultimately meet in the flesh if all goes well.

It is because of this eventuality that these little white lies, no matter how subtle, will ultimately lead him to failure.

When he meets his date in person, his date will see the lie and the exchange will be over before it even began.

If the relationship persists, the other white lies like that of income will soon come to light as well. Either way he loses.

Hence, the old adage, “Honesty is the best policy.”