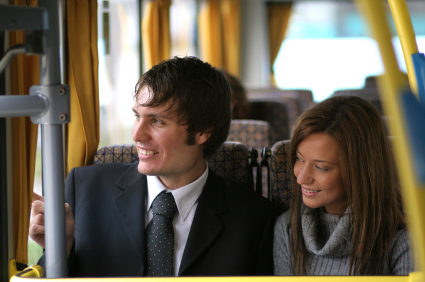 A single man gets on a bus and notices an attractive single woman sitting alone.

He asks if she doesn’t mind if he sits next to her.

During the bus ride they have a wonderful conversation and laugh at each others jokes. They even complete each others sentences.

Inevitably, they exchange phone numbers and converse non-stop until the bus arrives at her stop.

She doesn’t want to get off the bus but she has an appointment to keep.

They say their goodbyes.

The man wonders if she could finally be the match that he has been hoping for.

As the bus carries on, he notices that she has left her cell phone behind.

He starts calling the phone numbers listed in her phone in the hopes of talking to someone that knows how to find her.

Every person he calls hangs up on him abruptly as soon as they hear his voice.

Finally, he reaches one man that doesn’t.

He tells the man, “I called your number from Belinda’s cell phone because…”

The man nervously interrupts him, “Sir, I was drunk and made a big mistake. Please don’t tell my wife.”