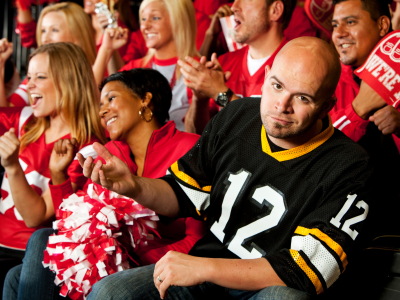 On Monday, Evan takes his new girlfriend, Barbara, to a baseball game.

They are both die-hard fans of the opposing teams.

It’s a close game but Barbara’s team holds on and wins in the end.

Throughout the ride home, Barbara does everything she can to console Evan who is very depressed over his team losing.

However, the effort is fruitless.

When Evan drops her off, she asks, “Are you going to be alright?”

Evan replies, “I don’t know. This loss is going to take some time to heal.”

Barbara asks, “Are we still on for our dinner date on Friday?”