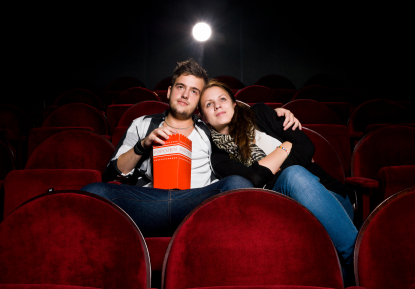 It’s Valentine’s Day and a couple are at a movie theater watching a must-see romantic movie.

It’s a movie that has had a lot of buzz as witnessed by the large crowd that were in the theater to see it.

During the movie, the man continually dozes off but always wakes up before his girlfriend notices anything.

This is their first anniversary and he doesn’t want to ruin it for her.

As they leave the theater at the end of the movie, the man says, “That was a great movie.”

The girlfriend replies, “Which one? The one in the theater or the one playing in your head?”