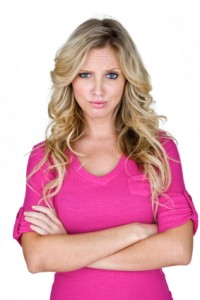 A woman’s car has just stalled and she is on the side of the road waiting for her new boyfriend to come and pick her up. He lives a half hour away.

They may currently be a couple, but time will tell if he measures up to what she wants in a boyfriend.

5 minutes after initially calling him, she calls him back. “Tom, when are you getting here?”

“Lara, you just called me 5 minutes ago. I am a half hour away. Give me some time.”

5 minutes later, she calls him back. “Tom, when are you getting here? I have been waiting a while.”

5 minutes later, she calls him back. “Look Tom, if you want us to continue going out, you need to get here now.”

“Lara, it’s been 15 minutes. I live a half an hour away. Do you understand that it would be mathematically and realistically impossible for me to get there in less than a half hour,” Sam responds frustrated.

“If that’s how you want to be then fine,” Lara hangs up.

When Sam arrives at her location 15 minutes later, Lara isn’t there.

Sam calls her. “I just got here. Where are you?”

Lara answers, “I hitched a ride with a trucker. He promised me that the next time my car stalled, he would not take 2 hours to get to me.”