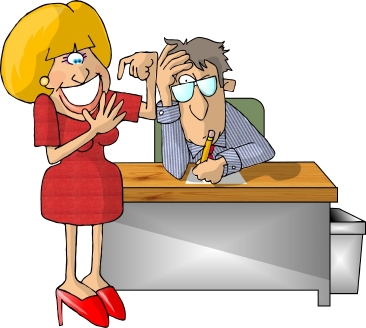 A woman is waiting for a job interview in a lobby.

This is her tenth job interview.

She had not succeeded in getting the job with the previous nine.

She is nervous and calls her boyfriend who she has been dating for a few weeks in order to get some inspiration.

Knowing that she was prone to talking about strange conspiracy theories during interviews, her boyfriend tells her to avoid all that and simply stick with answering the questions she was asked.

After the interview, she leaves the building very encouraged that she will get the job. However, after not having heard anything for two weeks, the woman decides to call and get an update on her status.

The receptionist answers the phone.

The woman says, “I was just calling about the job that I interviewed for about 2 weeks ago. I haven’t heard anything.”