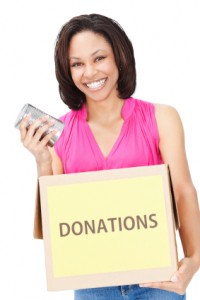 A single man is sitting in a train.

He is the only single man on the train. Every other man is with a significant other.

An attractive woman carrying a plastic bucket stops by and asks if he wouldn’t mind donating to a good course.

The man agrees and takes his wallet out of his pocket.

The woman says, “We haven’t had much luck so far. We are simply asking for a donation from any man on the train who hasn’t fantasized about being with something better. We haven’t raised a penny. It appears that every man on this train is very satisfied with the woman that they are with.”

The single man asks her, “How many men have you spoken to?”

The man hands her a crisp $20 bill. “That’s on behalf of every man on this train.”