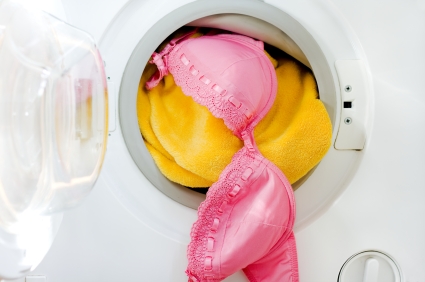 A single woman is doing laundry at a public laundromat that she frequently uses.

To her dismay, she notices that she forgot to bring enough quarters for the laundry machine.

She doesn’t want to drive all the way back to her nearby apartment just to get a few quarters.

There is only one other person in the public laundromat.

She asks the single man, who seemed vaguely familiar, if he wouldn’t mind lending her a few quarters.

The man immediately gives her a huge smile.

He says to give him a second as he has some in his car.

When he returns, he is carrying a bucket full of quarters.

He licks his lips as he steals a glance at her fancy underwear.

They were almost spilling out of the washing machine.

“Yeah I know. I figured that one day you’d ask me for some. I didn’t want to be short.”