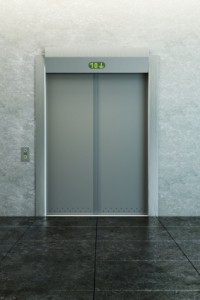 2 single men and 2 single women are stuck in an elevator.

The building authorities are working on getting them out.

As they wait, one of the men asks a woman if she has any breath mints in her purse as his mouth felt a little dry.

The woman does have some and gives him one.

The other man asks the same woman if she has any hand lotion as his hands felt dry.

The woman does have some hand lotion and gives him some from her purse.

The man who’d asked her for a breath mint then asks her if by chance she had any unisex perfume as he forgot to put on some cologne that day.

The woman does and gives him some.

The man who’d asked for hand lotion then asks the same woman if she could spare any teeth floss as he hadn’t had the time to floss that morning.

The woman does and gives him some teeth floss.

The man who’d asked for the unisex perfume then asks the same woman if she had a spare comb as he wasn’t sure if he’d had the time to comb his hair that morning.

At that point, the woman throws up her hands in exasperation and says: “Will one of you guys talk to her already because I am running out of stuff to give you?”