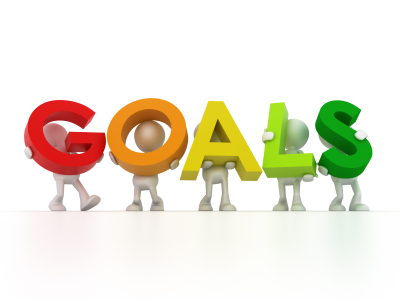 Why people tend to make a big deal out of this question is baffling.

The truth is that women have been showing exactly what they want since the dawn of time.

Simple observation is enough to deduce the answer and thereby put this supposed dilemma to rest.

Bad Boys, To An Extent

A study conducted by the University Of British Columbia involved male test subjects being shown pictures of women.

Those men primarily liked the pictures of smiling women.

In turn, female test subjects were shown pictures of men.

Those female test subjects overwhelmingly ignored the smiling men and picked the men who weren’t smiling as their preference.

The study concluded that men who displayed more of a prideful appearance were more appealing to women.

Hence, they preferred the bad boy for the short term, but the reliable ‘nice’ guy for the long term.

A Man With A Plan

Women like men who know where they are headed in life and have goals.

It really boils down to ambition and drive.

Women tend to look down the road a lot more than men.

They want to know that years down the road this is a man that they can rely on and she can trust to either be her equal or even surpass her.

You do not have to have your entire 10 year business plan all ready for her inspection but you do need to have a good idea of where you are going in life.

A study done by the University of Stirling in Scotland, found that their female test subjects who were ovulating and fertile, were 15 times more likely to pick men with more masculine features as a mate, than women who weren’t.

However, when they were not ovulating these female test subjects preferred men with less masculine features over the square-jawed manly man.

The lead researcher and psychologist, Anthony Little concluded that when women weren’t fertile they tended to prefer men with softer features for long-term relationships.

The more masculine looking man were generally seen as having good genes and hence more preferable for making healthy babies.

Due to less testosterone levels, the less masculine looking man was generally seen as more likely to remain in a relationship and hence the better choice for a long term relationship.

To Be Treated With Respect

It’s not just a song.

Women want to be respected.

The female form is greatly idolized in modern society.

You see it used on billboards, magazines, television commercials and so on.

This has caused a misconception to some extent that the female form is only good to be gawked at and desired at all times.

They want to be treated as equals, not a three dimensional walking billboard.

Romance is the juice of any healthy relationship.

It is true that women cherish the thought of being swept off their feet by their prince.

There is a reason why all those saucy romance novels go flying off the bookshelves and movies like Twilight drive women into a frenzy.

However, women are still very much grounded in reality.

They know that these are truly fantasies and hence they do not expect to be Cinderella overnight.

However, they do crave romance.

It truly is the little things that you do that count here and the element of surprise.

Women want you to set their hearts aflutter with the uncertainty of just what you are going to do next.

What women want is not as complicated as it is made out to be.

From the physiological aspects to the mental psychology involved, women simply want to ensure their happiness as well as that of their healthy offspring.

How To Flirt With Women

How To Attract Women

How To Approach Women

How To Meet Women

How To Get A Girlfriend