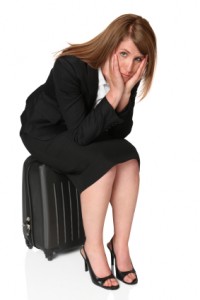 The way you approach internet dating is just as important as the dating service that you choose to join.

There is a reason why many people have succeeded in online dating while many others have failed at it in a profound way.

These people that were successful were no different than those who failed.

Oftentimes, they were searching for the same thing.

They weren’t successful because they had professional online dating consultants working on their behalf.

It is all about the attitude.

They may have joined the dating service with really good intentions.

Maybe they even spent the time and effort to find the dating site that seemed to fit their needs.

Some internet dating sites have an entire Help Section dedicated to answering member questions about the online dating experience.

However, it’s time to be honest.

Did they really, truly believe that they could meet someone special through an online dating service?

If the answer was anything other than a profound “yes,” then they had already set themselves up for failure.

They may not admit this to themselves but they do have their reservations about internet dating.

1. Lack Of Belief – They simply aren’t sure that this is the way to find love or whatever it is that they are searching for.

What this doubtful thought process does is effectively make them act accordingly.

Hence, they probably end up writing an online dating profile essay that isn’t very true to the type of person they are or they may be unwilling to even post a photo of themselves.

2. Unwilling To Take The Next Step – Now that the free trial run on the internet dating site is over, they have decided against subscribing.

However, they still keep their profile on the dating site in the hope of a message.

This is a waste of their time because the dating site will only give priority to those members who have taken a serious step toward finding a relationship and have subscribed to their site.

Hence, they misinterpret their lack of messages as a fault of online dating in general.

3. Hanging On To The Past Or Carrying Baggage – They have never really gotten over a previous relationship.

Also, there may still be some unresolved issues involving a past relationship.

They bring this attitude to an online dating site and by so doing, they have already failed.

If a person seems like they haven’t got themselves together, other members will be able to tell and will not want to be a part of the mess.

People who succeed in online dating did not do so because they had a book of secrets or a relationship coach whispering in their ear.

They did so because they avoided the attitudes described above and consequently approached online dating with the right attitude.

You will be as successful as they have been if you have the right attitude.