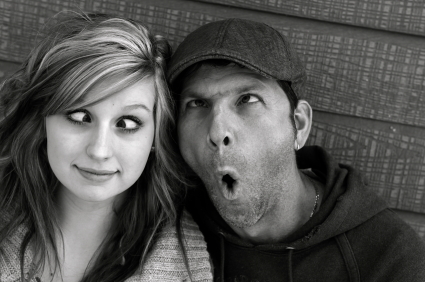 Online dating sites have been good to Martha and Robert.

They have now been dating for a while and Martha wants to introduce Robert to her parents.

Robert is eager to meet and hopefully impress her parents.

During the meeting, her father who’d always been overly protective of her is strangely quiet.

Eventually, the women leave the room in order to give the males some bonding time.

When they return, her father and boyfriend are on the ground fighting.

It takes the combined strength of both her mother and herself to lift her father away from her boyfriend.

“Robert, are you okay?” she asks concerned.

Touching his bruised jaw, Robert says, “What part of the male bonding process don’t you understand?”