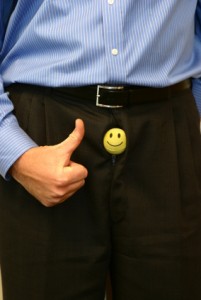 Strongly considering the prospect of internet dating, a single man notices a woman on the side of the road staring into the open hood of her car.

“It appears to be the radiator,” he says. “I can give you a ride into the next town.” The woman agrees and they start putting her belongings into his car.

She has several stacks of shoes, designer clothing, jewelry and perfume, all bearing price tags.

“Are you a saleswoman?” he asks, perplexed at all the items.

“Not exactly,” she responds.

Not long after they get on the road, a police car comes up behind them and flashes its lights.

As the man is about to pull over, she says, “If you don’t pull over, I will give you all the sex you can handle tonight until dawn.”

The man doesn’t hesitate and presses down on the accelerator.

“All you have to do is make it to the state line and the police car will have to stop because they do not have any jurisdiction over the state line,” she says.

Indeed, they made it to the state line and the police car stopped pursuing.

That night, at a motel, he waits in anticipation.

She enters the room.

“I paid the motel a little extra but I did promise you all the sex you can handle.” She puts on the television and surfs to a paid-only adult channel. “You have until dawn.”