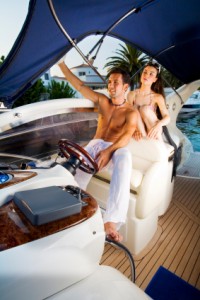 He may have been dating multiple girls at the same time that he was dating you.

Being that you met him while online dating, there is a good chance that he was keeping his dating options open.

He may have been dating you while dating others so as to determine who he really wanted to be in a committed relationship with.

Even if you had the impression that he was only dating you, that may not have been the case at all.

He may have ultimately broken up with you because there may be another girl that he has been dating simultaneously that he would now much rather focus on.

There is a good chance that this whole time that you have been dating him, he remained active on dating apps or whatever dating site that you met him on.

In essence, he may have still been trying to meet other girls through these dating platforms.

Perhaps you had already deleted your online dating profile or hid it.

Perhaps you weren’t paying attention to what he was doing online.

However, there is a good chance that he was still actively trying to find other girls online to date.

Even though everything may have seemed to be going really well between the both of you, he may have been having an even better time with some other girl that he was dating simultaneously that he met through a dating site.

Perhaps you were focusing all of your romantic energy on this one guy and chose not to date multiple guys at the same time.

Perhaps this is often how you are when it comes to romance.

You tend to focus on the one person.

However, online dating has changed the dynamics of dating quite drastically.

It has given people the opportunity to date multiple dating prospects at a time.

This guy who just broke up with you may have been doing exactly that.

Perhaps it got to the point where he realized that he had to make a decision as to who he should focus all of his attention on out of fear of losing that person.

He may have feared that if that person discovered that he was dating you as well, they may choose to stop dating him.

Hence, he may have made the decision to break up with you even though everything was going really well between the both of you.

Now, what can happen in situations like this is that the relationship that he chooses to be in doesn’t work out.

Online dating can feel like a busy train station at times.

In other words, you may hear from this guy again.

Indeed, you may suddenly receive a message from him after a few weeks and even months asking about how you are doing.

In a scenario like this, you should avoid responding to him.

When a guy breaks up with you in this way and suddenly comes back after several weeks or months, it often means that whoever he was with didn’t work out.

Hence, he comes back to you because you are familiar and thereby easier to convince to date him.

However, once someone better comes along, he will often dump the girl again to be with that new person.

Though it may be tempting to get involved with him once again.

It would be best to avoid it and save yourself a significant amount of mental anguish.