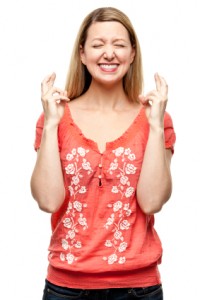 If you have been chatting with this guy that you met on an online dating site for weeks or months now, there is a good chance that he will never ask you out.

Oftentimes, a guy that is actively talking to a girl will know whether he is interested in her relatively quickly.

He doesn’t need to chat with the girl for weeks or months on end to discover this.

Once he knows that he likes the girl, the guy will often ask her out.

He is excited about the girl and doesn’t want to lose his opportunity to date her to some other guy who asks her out before him.

Hence, he does the asking.

If this guy is yet to ask you out and you have been chatting with him for several weeks or months, he may be simply using you to kill time.

In other words, he may be a time waster.

They start and maintain conversations with people that they never have any intent on meeting.

They merely use the online dating sites to converse with people when they get bored in their real life relationships or just feel the need to talk to others.

Again, they have no intention of ever asking out the person that they meet on an online dating site.

There are some very telltale signs that you are dealing with a time waster on an online dating site.

The first is the obvious, it has been several weeks or months since you started chatting with this person and they are yet to ask you out.

Another is when the person disappears for certain stretches of time and then comes back.

Perhaps you have even noticed this kind of behavior from this particular person that you have been chatting with.

They may talk consistently with you for a stretch of time and then suddenly disappear.

Then they come back and act as though that time gap never occurred.

A time waster has these time gaps because they may get caught up with someone else that they are chatting with on the online dating site.

However, once that conversation grows stale or fizzles out, they come back to a previous person and conversation that they had abandoned.

Another telltale sign that you are dealing with a time waster is when you notice that they may mistake you for someone else quite often.

You may notice that there have been moments when they called you another name in response to a message that you sent them.

You may also notice that they tend to confuse some of the conversations that you both have.

Now, if you can’t get this guy out of your mind, there is nothing wrong with asking him if he would like to meet.

Perhaps he is one of those rare cases of a shy guy who just doesn’t know how to come right out and ask a girl that he likes out.

However, if he doesn’t give you a definitive affirmative to your offer, there is a good chance that he has been wasting your time all along and it would be best to let him go.