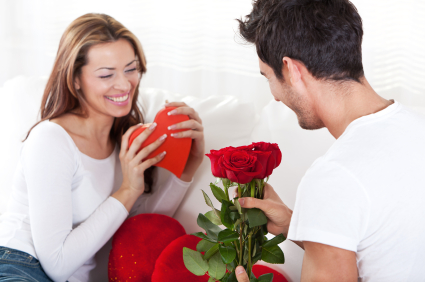 He does like you when he is showing some very strong body language and verbal signs of attraction.

Some signs may be subtle and others more brazen.

The more you know what to look for, the easier it will be for you to determine where you stand with a guy.

These are some very tell-tale signs that he does like you.

You may notice that he looks at you every so often.

He may even cock his head to the side when he does, he likes you.

He is daydreaming and fantasizing about you at that moment.

He may even be wondering what it would be like to talk to you and learn about you.

He maintains the eye contact in the hopes that you will look at him.

You know that you don’t need hearing aids and yet you can’t help but wince at the sheer volume of his voice.

There is no need to speak so loudly and yet he is.

He is doing that to get your attention.

He has elevated his voice to mimic the cave men of old who had to be macho and claim their territory in order to fend off rivals.

He is claiming his territory in you.

He gets loud because he wants you to sense just how masculine he is and to send the message to any other lingering males that he is the alpha in the room.

For whatever reason you are noticing that this guy just can’t stay still.

A moment ago, he was sitting down seemingly calm.

Now, he is standing, talking brashly and loudly with his boys while looking toward your direction every so often.

Now, he is walking. He is coming towards you.

He brushes your arm or back ever so slightly.

He hopes you felt the slight touch and even smell the cologne he is wearing.

It doesn’t take him long to walk his way back towards you, maybe he will stop and talk but he doesn’t, he keeps walking over to where his friends are.

You glance over at them, his friends catch your eye, he begins to turn but you look away.

He hopes that he caught your attention because he does like you.